“And what else is it that men seek in life but power? If they want money, it is but for the power that attends it, and it is power again that they strive for in all the knowledge they acquire.”

It could be argued that reviewing a book from 1908 is a sign that I am not exactly up to date with today’s current crop of bestsellers. You’d be right to think that, but it doesn’t matter. I tend to review books that are new to me, regardless of when they were published, and The Magician is one such book.

The Magician tells the story of a practitioner of the black arts named Oliver Haddo. Haddo’s character was actually based on the late Aleister Crowley. The author had met Crowley shortly before he commenced writing this novel, and by that stage in his life, Crowley had grown fat and bald. There are numerous comic and less than complimentary references to Haddo’s “terrible obesity” and “enormous bulk” throughout the book, which are aimed squarely at Crowley.

I first heard the name Oliver Haddo from the title of a song by Canadian rock band Blood Ceremony (from their 2011 album Living With The Ancients). Haddo is also referenced on the song ‘The Magician’ from their 2013 album The Eldritch Dark. You could say this book has influenced them slightly! I always wondered who they were singing about and I decided to look him up after seeing the band live recently. 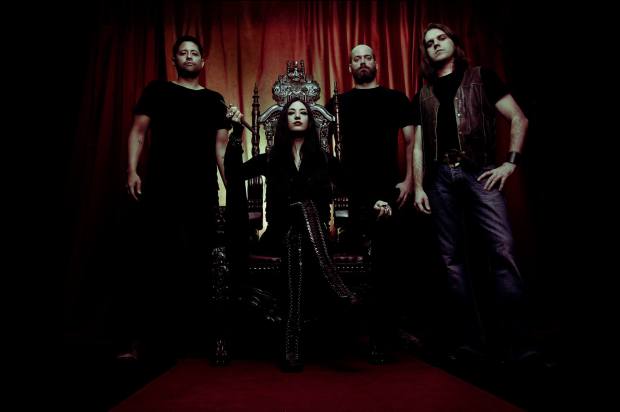 There are five main characters in The Magician: Arthur Burdon (a promising doctor); Margaret (his fiancee), Dr. Porhoet (a French expert on the occult and Arthur’s friend and mentor), Susie Boyd (Margaret’s older, unmarried room mate) and the sinister Mr. Oliver Haddo.

At the start of the novel, things are going well for Arthur and his fiancee. They are living the cafe life in Paris and are looking forward to their forthcoming wedding. One night, a mysterious (and almost comically obese) gentleman interjects into their conversation and introduces himself as Oliver Haddo. Haddo tells tall tales of his time in Africa, such as how he narrowly escaped being mauled by lions thanks to his superior marksmanship and later there is an incident with a venomous snake bite that defies all rational explanation. 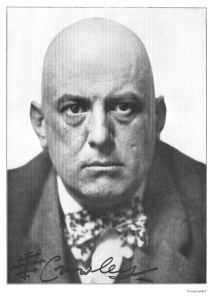 Bearing in mind that Haddo is a caricature of Aleister Crowley, it is unsurprising that Maugham portrays him as such a charlatan and a rogue. At least initially. As the story progresses, Haddo’s evil plans to steal Arthur Burdon’s fiancee from him and use her virgin blood to help him create an humunculus (a very small humanoid creature conjured into existence by occult means) are given more and more credence. Haddo is rightly described as a madman, but as the novel progresses, his magickal prowess becomes more and more believable, until it becomes genuinely chilling. To my mind, this suggests that while Crowley appeared as something of a burnt out old joke to Maugham, deep down he suspected that there was more than a little credence to his mastery of the occult.

The Magician is a compelling and chilling tale of the macabre that stands up very well today, despite being over a century old. While the characters are upper class and rich, Maugham still manages to make the reader care what happens to them. The same goes for the despicable Mr. Haddo. Even though he is a vile manipulator, he manages to charm you into liking him against your better judgement. Highly recommended.